Who says New Year, also says new start or new relaunch! Thus, all the partners of the CPES-Interreg project join together to present you their BEST WISHES for this new year and to speak to you about what awaits them for the continuation.

Following the appearance of the COVID-19 and the pause in activities that it has generated, the CPES-Interreg project has been extended for another year. Was this extension a sign of success?

Farmers who participated in the CPES Interreg project had the opportunity to evaluate the benefits of implementing a PES system, not only on the quality of the watercourses, but also on the health of their soils and crops. 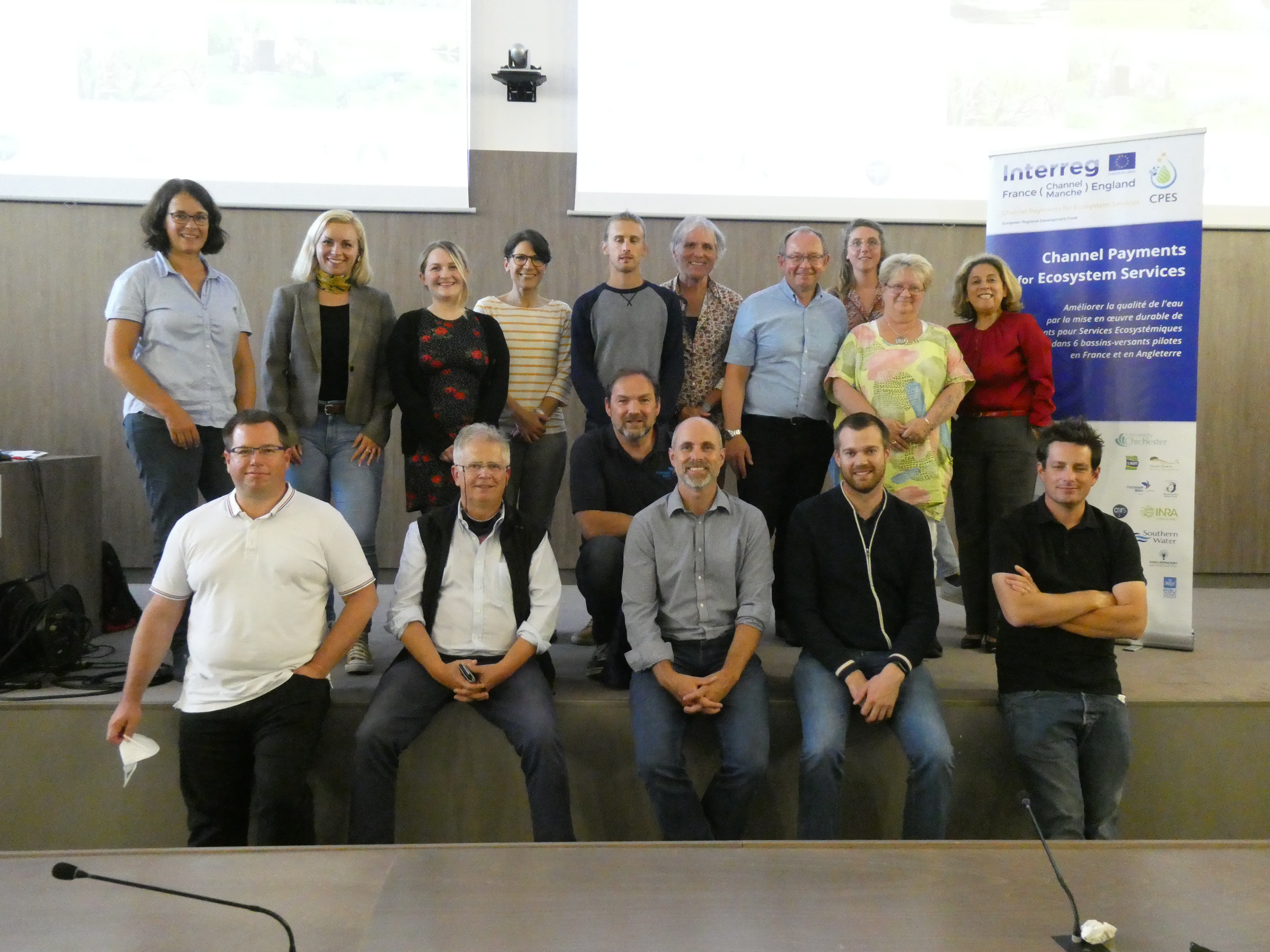 What is the situation in France?

In the three French pilot projects, the "Sources de la Vigne" and "Captages du Tremblay-Omonville" projects have signed several farmer commitments, taking shape through the implementation of public contracts. A great success that could take place during the extension.
The "Lac au Duc" project has not yet succeeded in committing to a contract. The willing farmers are identified but the funding is lacking. Ambitious, the partners of this project wished to pass directly by the private financing, but that requires counterparts and a certain publicity, this last remains to be refined to be able to claim the signature of the 1st contract.

And what about the English territory?

Like the first two French pilots, the "Devon" and "Rother" projects have managed to establish numerous contracts with farmers. The "South Down" project is about to sign its first contracts before the end of the project.

What is the situation now?

All the funding comes from sources that cannot provide money continuously. The question is how to continue these commitments over the long term, as the financial amounts obtained are not infinite.
Added to this is the fact that the PES has evolved further in the new Common Agricultural Policy, an additional element to be taken into account for the French side.

Some partners such as "Lac au Duc" or "South Down" are about to sign their first contract. The project ends at the end of July 2022, and they want to do everything possible to conclude their work. The other partners also have certain elements to refine, improve or study.
Following a general complaint, an extension has been proposed. This extension will have to focus on another study factor than those currently studied but will remain globally in the same theme of the implementation of PES to improve water quality.
This extension could allow all the partners to complete their last objectives/projects. They will be fixed on this possibility during February.
Upcoming: National seminar - PAYMENTS FOR ECOSYSTEM SERVICES (PES) The effect of cover crops on water quality