The French CPES case study partners met representatives of the Loire-Bretagne water Agency  (LBWA) service this week. The LBWA are in charge of the deployment of current agro-environemental measures, the analysis of the legal status, the financial structure, and the implementation of Payments for Environmental Services (PES) as innovative, suitable tools for protecting and restoring water quality. 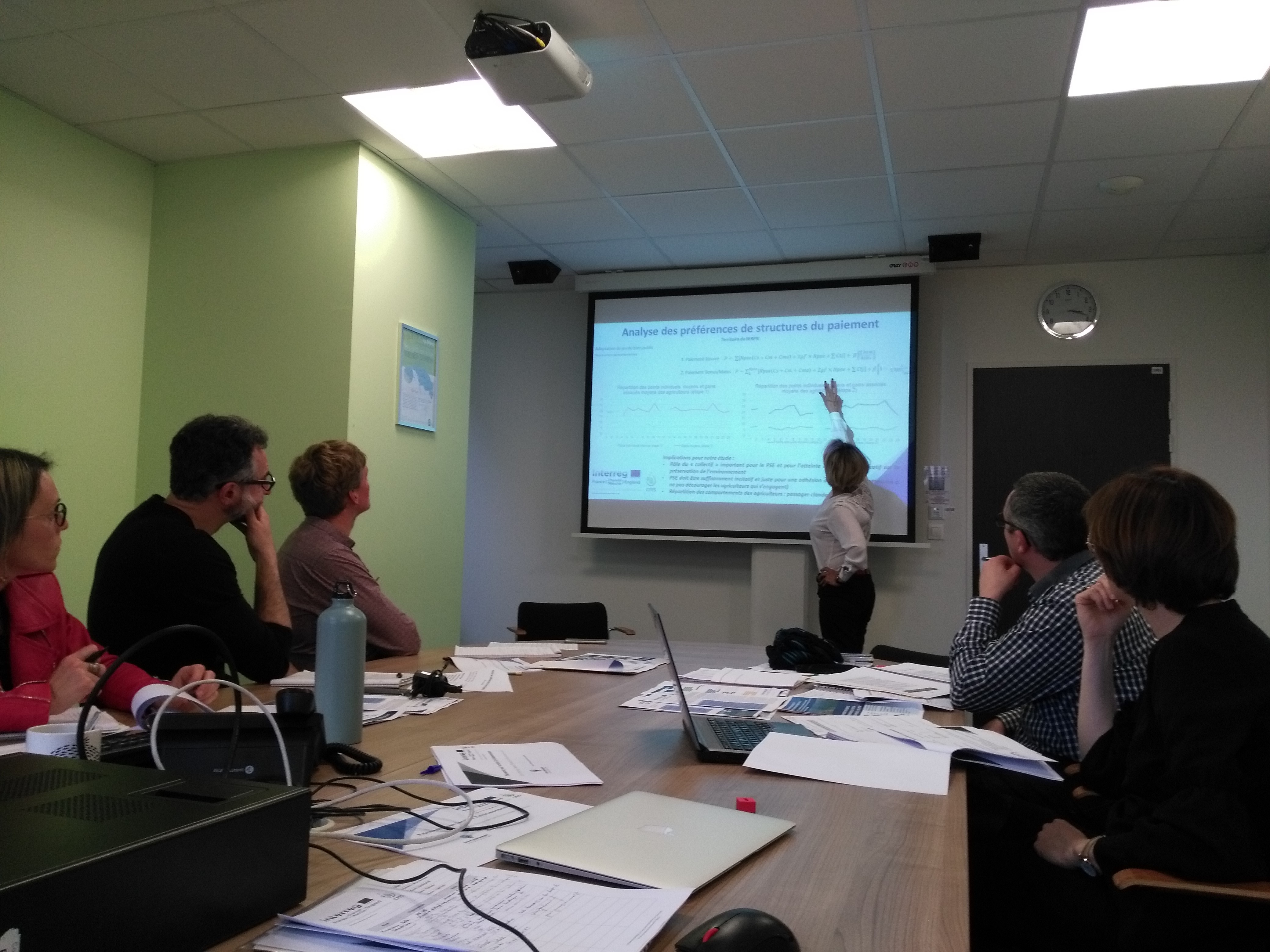 For CPES partners the aim was to present the economic and legal analysis methods they use in the three French case studies with a focus on the Lac au Duc case study, this study being specifically deployed in the intervention area of the LBWA. On the other hand, it was also to discuss LBWA’s implementation of action 24 of the French Plan for Biodiversity Preservation. In this plan the six French water agencies were allocated 150M€ to test new tools for payments for ecosystem services.

The CPES partners confirmed their willingness to work closely with the LBWA. To this end, it was decided that the work plan on the implementation of PES on the Lac au Duc watershed would be sent to the LBWA once finalized. This will allow the representatives of the LBWA to have all the details related to this experiment and possibly to participate in its implementation. In addition, these same teams indicated that a technical meeting on the progress of the three French CPES pilots will take place on May 28, 2019, with discussions regarding the legal status of the PES. The working documents produced at the end of this meeting will be sent to the relevant services of the LBWA.

In addition, an expanded committee on legal issues raised by the PES will be organized in the second half of 2019, to which the LBWA will be invited to participate.

The LBWA for its part has indicated that it plans to mobilize 5M€ per year for a period of 6 years, in the context of experimentation related to the implementation of PES. Prior to this mobilization, however, the LBWA wishes to continue its analyses, especially on the legal status of PES. The LBWA concluded the meeting by expressing interest in technically supporting the Lac au Duc pilot study as a first step. Depending on the progress of this study, it may be possible, in a second step, to address the funding possibilities under the "Action 24" credits managed by the Agency.