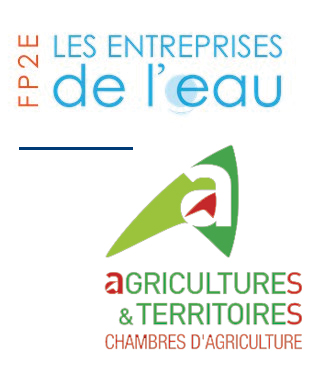 On  January the 17th 2019, a technical meeting was organised between the French Chamber of Agriculture (APCA) and the Water Companies Associations (FP2E), in order to share experience on approaches to prevent diffuse pollutions and preserve drinking water quality. The central theme of this meeting was ecosystem services and their economic assessment.

Interreg CPES project partners participated in this meeting by bringing their expertise and the results of ongoing studies, which took place in two of the project case-study catchments. The first survey presented was a cost-benefit analysis of changing practices in the Tremblay-Omonville catchment area, presented by Sara Hernandez of Sara Hernandez Consulting and the second was about the English pilot in the Devon, presented by Laurence Couldrick of the Westcountry Rivers Trust.

The existing variety of experiments in France, including the project Interreg, helped to highlight issues for establishing PES. The French case studies have to overcome difficulties related to the financial sustainability of PES schemes, which, in the absence of private financing, are constrained by European rules similar to those applicable to the second pillar of the CAP (agro-environmental measures).

The English context, presented by Laurence Couldrick, attracted the attention of participants due to the existence of a body/institution for the intermediation between water companies, private structures in England, and the farmers. This intermediation has a strong potential for development in France but the rules and the legal status remains to be defined. Laurence points out that the difficulty of the French context, strongly marked by public investment, is very much framed legally, giving less freedom for the economic justification of a PES market.

“The meeting with APCA highlighted the sharp contrast inapproach taken in developing PES. Public bodies are heavily impacted by the legalities of any scheme, the politics of any payments and the economic justification needed to spend public money. This is compared to private bodies where they have more freedom to concentrate on the practicalities of delivery and demonstration of the outcomes to shareholders or their regulators. This contrast underlines why in the CPES project there is a subtle difference between how PES is developing in France, where it is predominantly a Public body discussion, compared to the UK, where it is predominantly a Private body discussion” - Laurence Couldrick.

The contrast between the English approach and the French approach endorse the interreg project with a unique opportunity to open up richer spaces for an economic and financial approach to economic contributions for the PES.