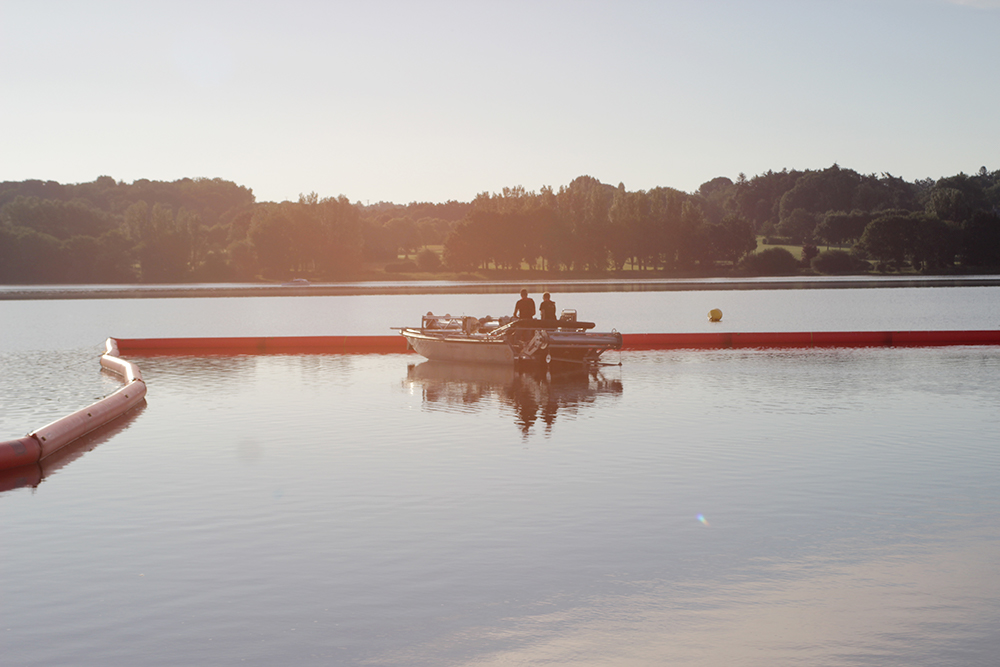 7 am, Wednesday, June 27, 2018: on the beach of Lac au Duc, the sun is already up and an unusual event takes place. Several elected representatives and partners are gathered to see the first application of hydrogen peroxide during the summer season. In anticipation of the official opening of the bathing, this treatment is intended to allow swimming in the area delimited by the waterproof perimeter installed by Ploërmel Community.

The analysis the week before was far from the alert thresholds however when sampling on Monday, 25th June it showed concentrations of cyanobacteria greater than 800 000 cells / ml, 8 times above the safety threshold. A boat arrived from Holland to descends into the bathing area to spread a concentration of 5mg / l of hydrogen peroxide, a solution for selective treatment of cyanobacteria, which are sensitive to this molecule that they produce making them disappear to leave room for other groups of micro-algae. There is little damaged to the zooplankton and it becomes the natural predator of microalgae.

This experimental method is used in the hope of allowing swimming to be undertaken, while respecting the functioning of the lake ecosystem. Under 48h, the treatment is effective: 118 000 cells / ml on Friday at 10am. The ARS gives its approval, the bathing will be open on July 1st!